If you’re wondering if I have a pie obsession, the answer might just be “maybe!” Only after I baked, tested, photographed, and sat down to write this Blueberry Pie Cupcake recipe did I realize that just two posts ago I blogged a recipe for Key Lime Pie Cupcakes.

Really, though, what is better in the summer than a sweet pie, full of the season’s freshest produce? I’ll tell you: it’s all the most beloved parts of that dessert, rolled up and jam-packed into a handheld, self-serveable cupcake. Yes, pie-turned-cupcake is the way *clap* to *clap* go *clap*! (Okay – I’ll lay off the buttercream for today – LOL.) 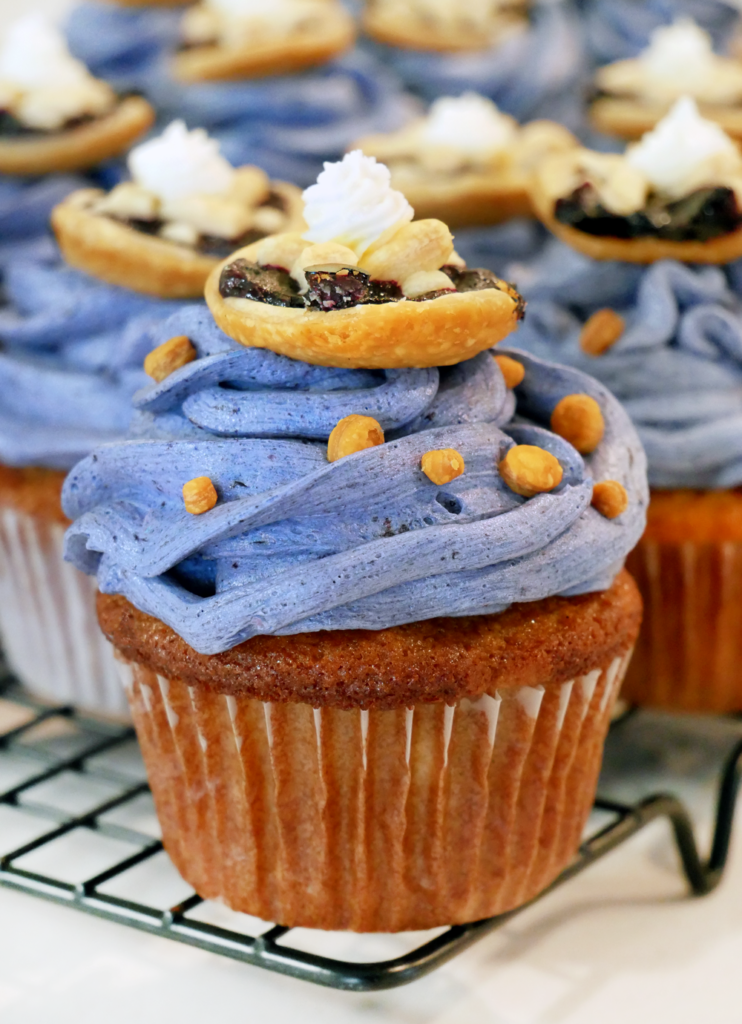 That’s why I’m so excited to share with you my new recipe for Blueberry Pie Cupcakes. These start off with a warm cinnamon/vanilla cake base. No blueberries in the batter, because, well, it’s not a muffin! However, the cake is then filled with a yummy blueberry compote and topped with fresh blueberry buttercream. 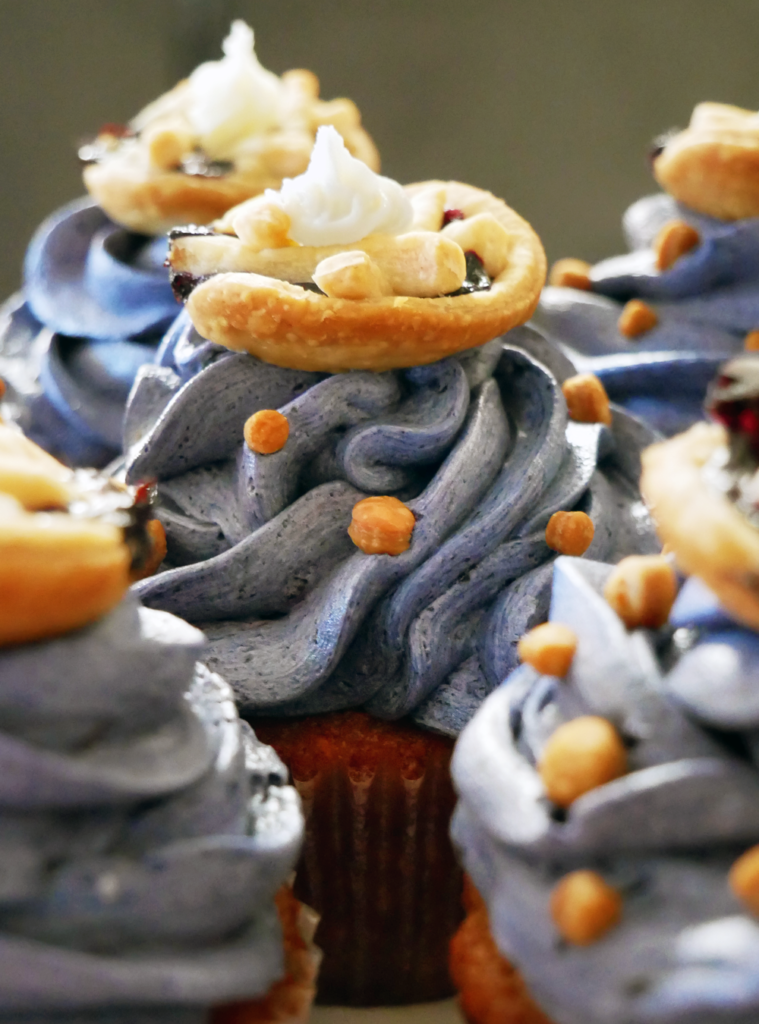 For the finishing touch, I add a mini blueberry pie and – wait for it – some pie crust “sprinkles.” Yes, it’s amazing, and yes, the mini pies are super cute. They even get a teeny-tiny rosette of white buttercream “whipped cream,” too. Adorable and tasty. 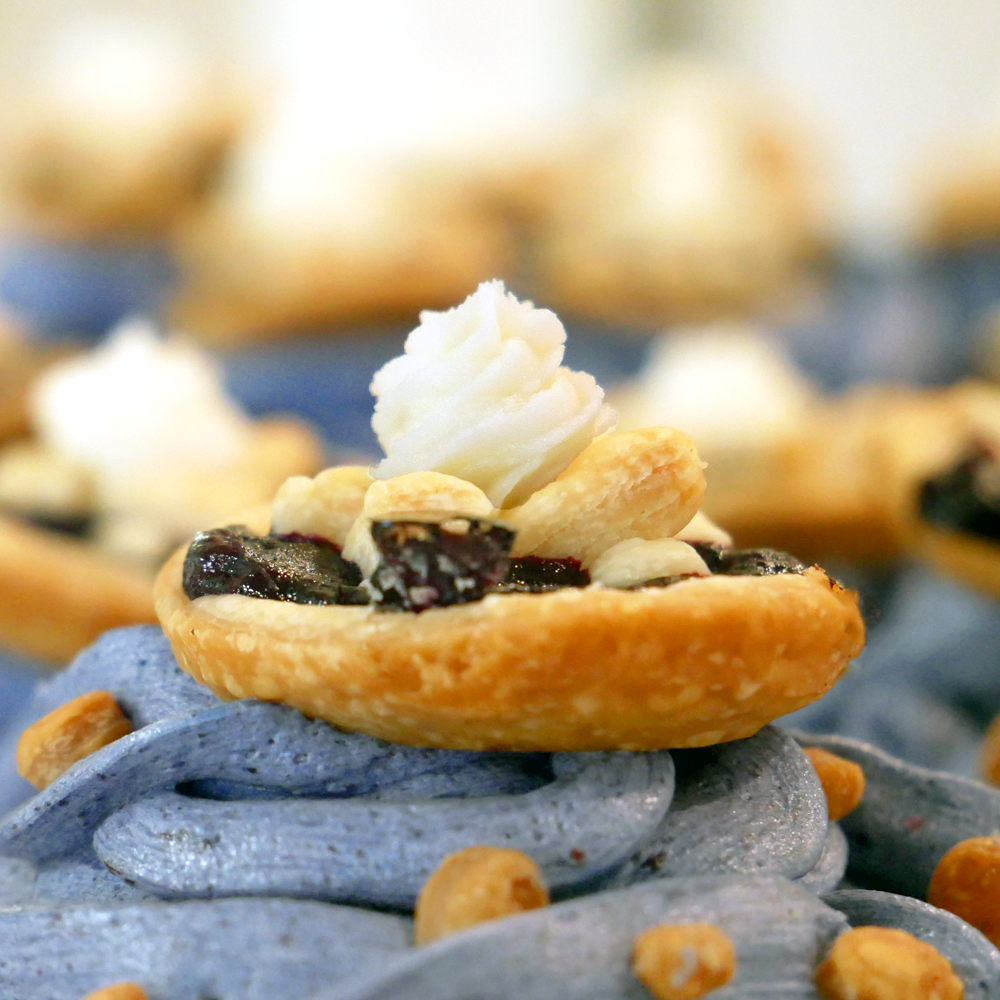 This post includes affiliate links, which means I may make a small commission based on resulting sales. This is at no additional cost to the buyer and helps keep this website up and running. Thanks for your support! 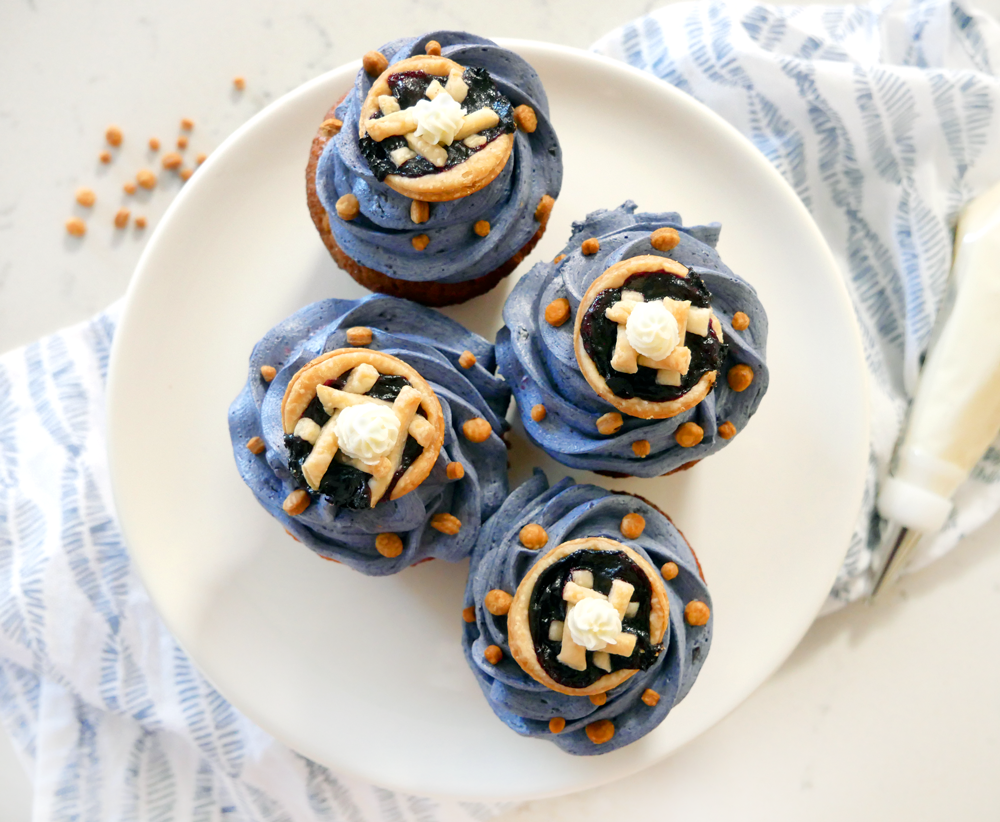 In addition to normal kitchen cookware (like your oven, pans, and spoons) you’ll need a few materials before getting started: 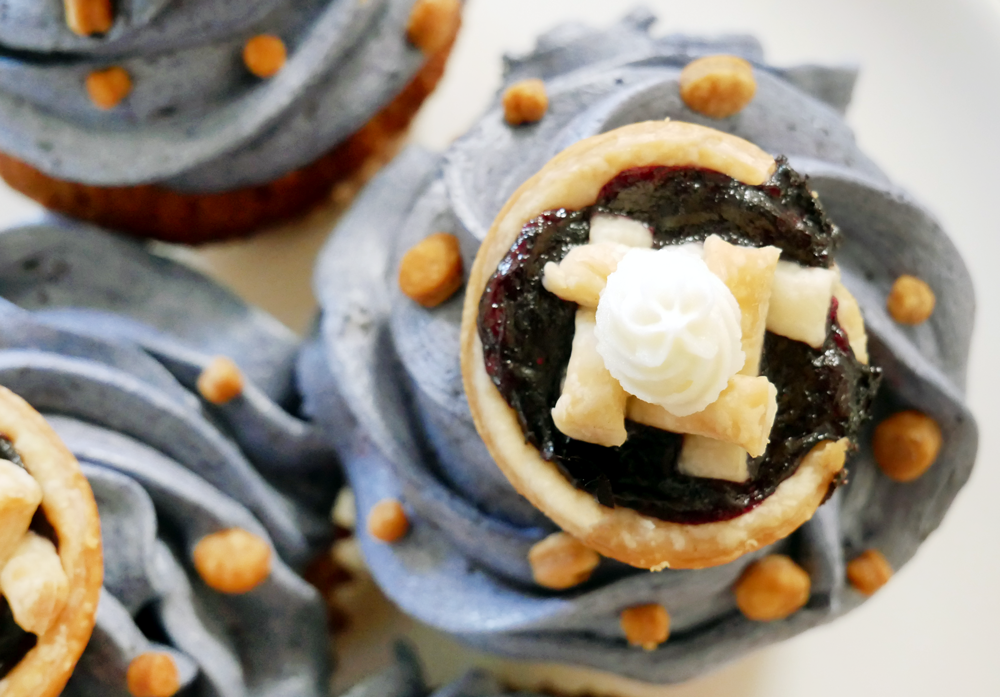 Before you start baking, check out this short video tutorial!

Now that you’ve had a little visual walk-through of the process, feel free to save or print the recipe below to get started on your own Blueberry Pie Cupcakes! 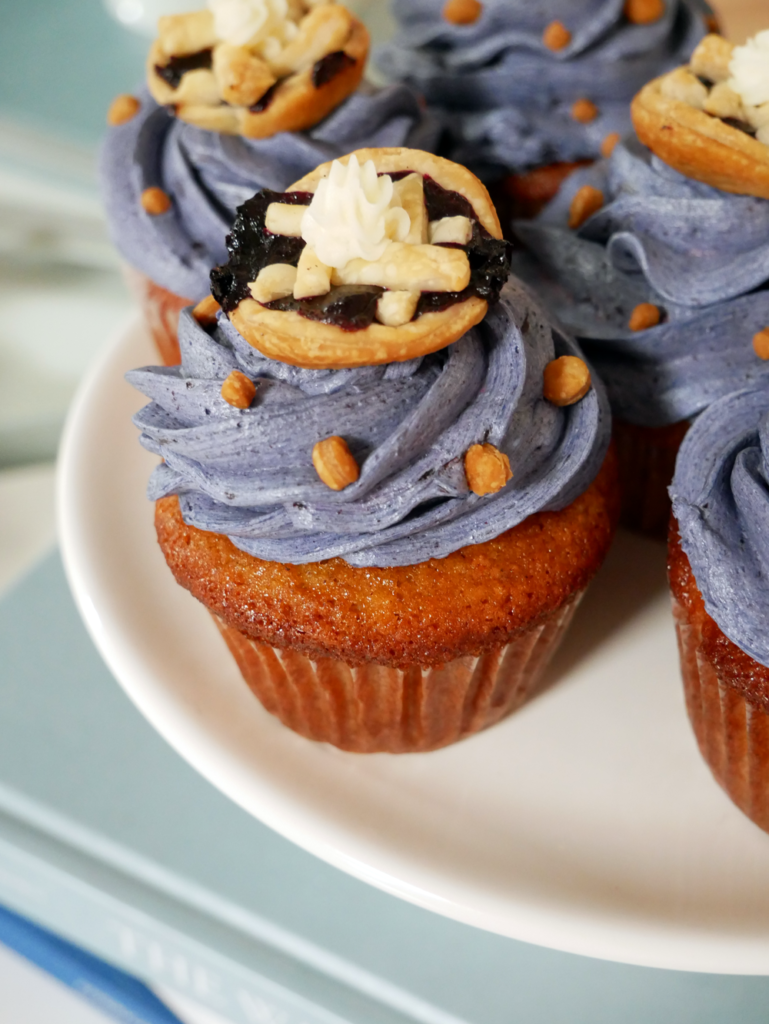 Putting The Blueberry Pie Cupcakes Together

These cupcakes are best served the day of or the day after baking but can keep for up to three days. Store them covered, at room temperature, and out of direct sunlight. 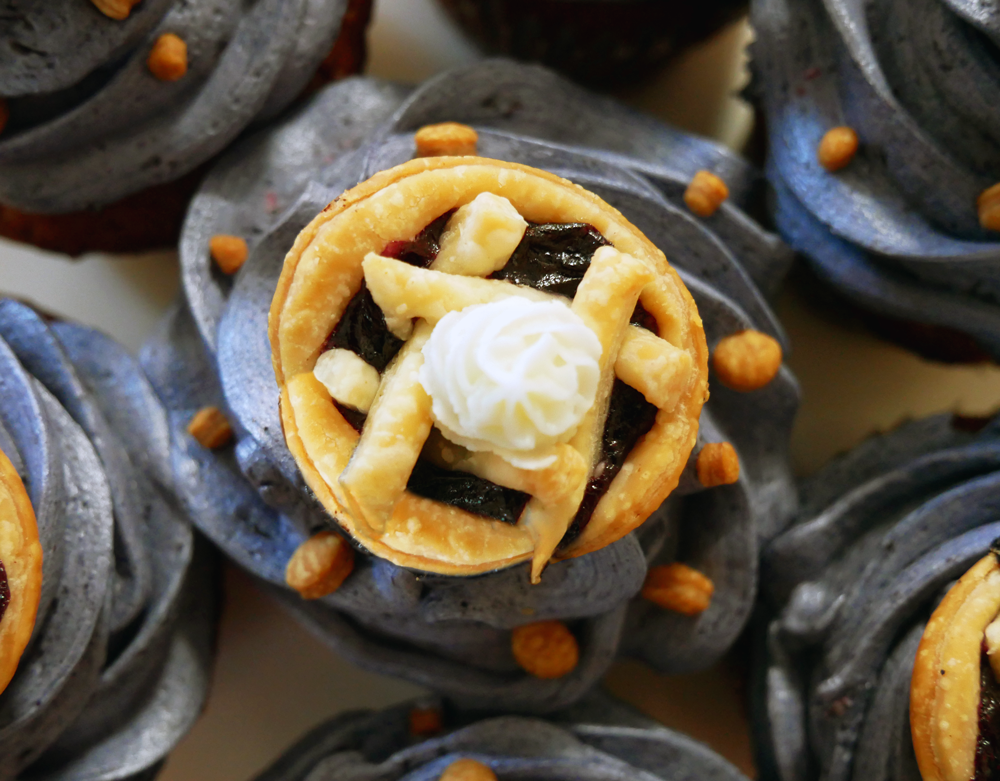 And, that’s it! Super delicious and adorably-decorated cupcakes, sure to wow and amaze all of your Instagram friends. 😉 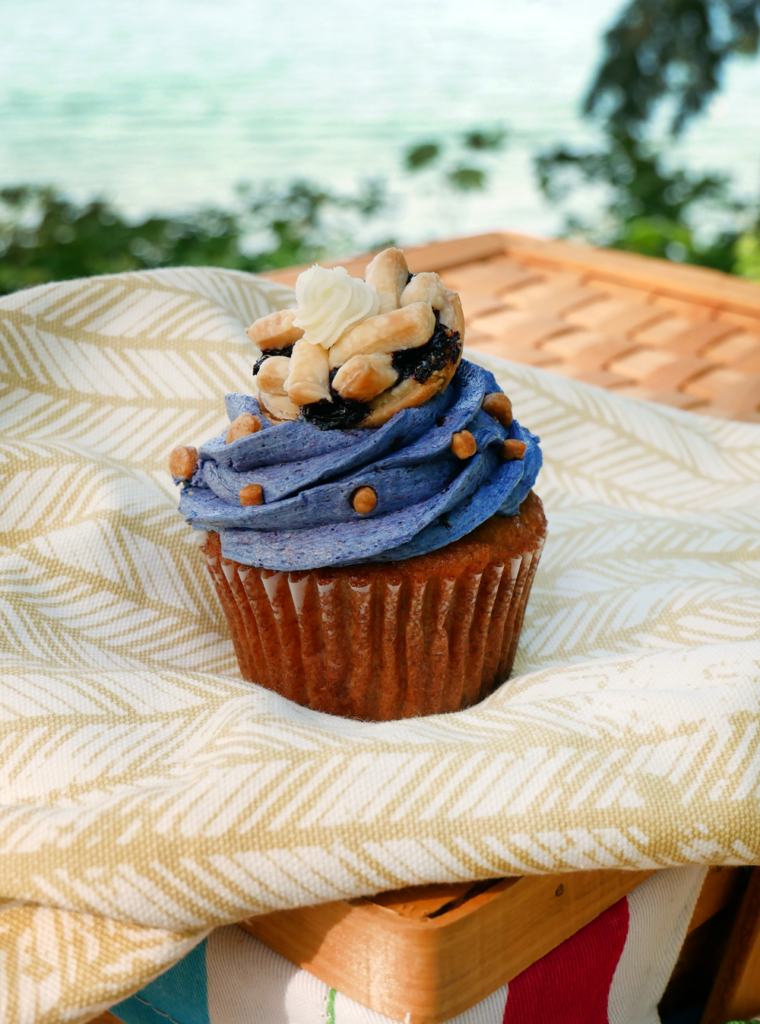 Speaking of which, don’t forget to add me on Instagram! Then, feel free to tag me in any photos you post of your cupcakes. I love to see what you create in the kitchen. 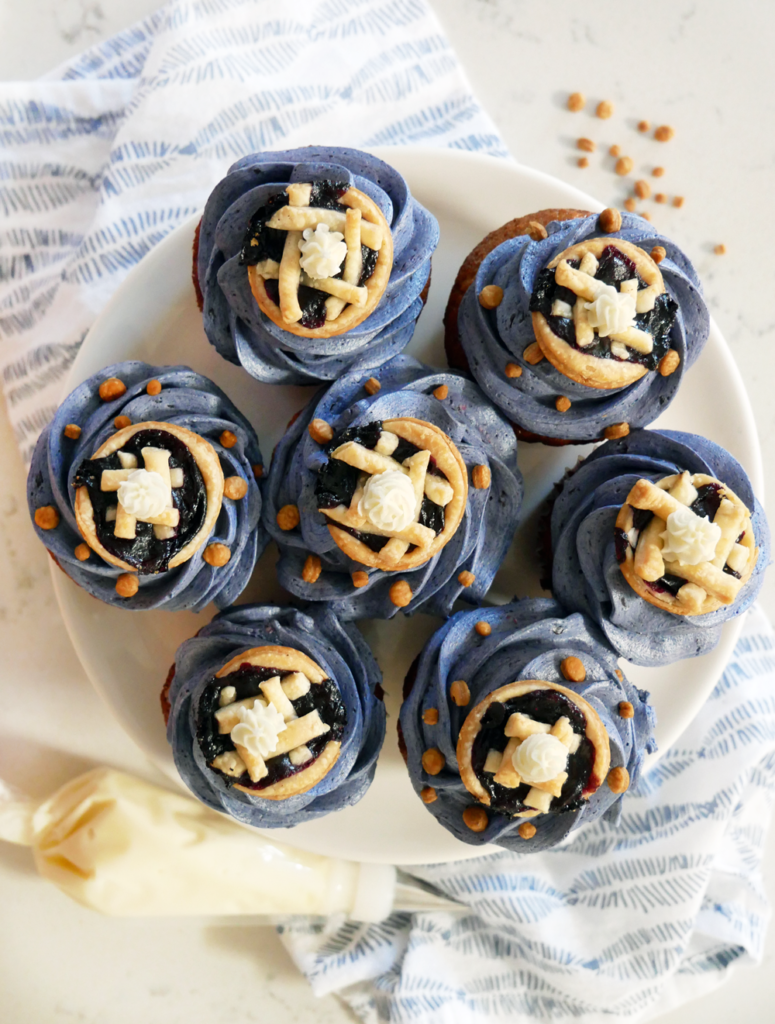 My favorite part of these cupcakes is the teeny-tiny blueberry pie garnish. I thought it would just be cute, but I’ve gotten so many comments that it was actually a super tasty addition to the recipe, too! Who knew!? 🙂 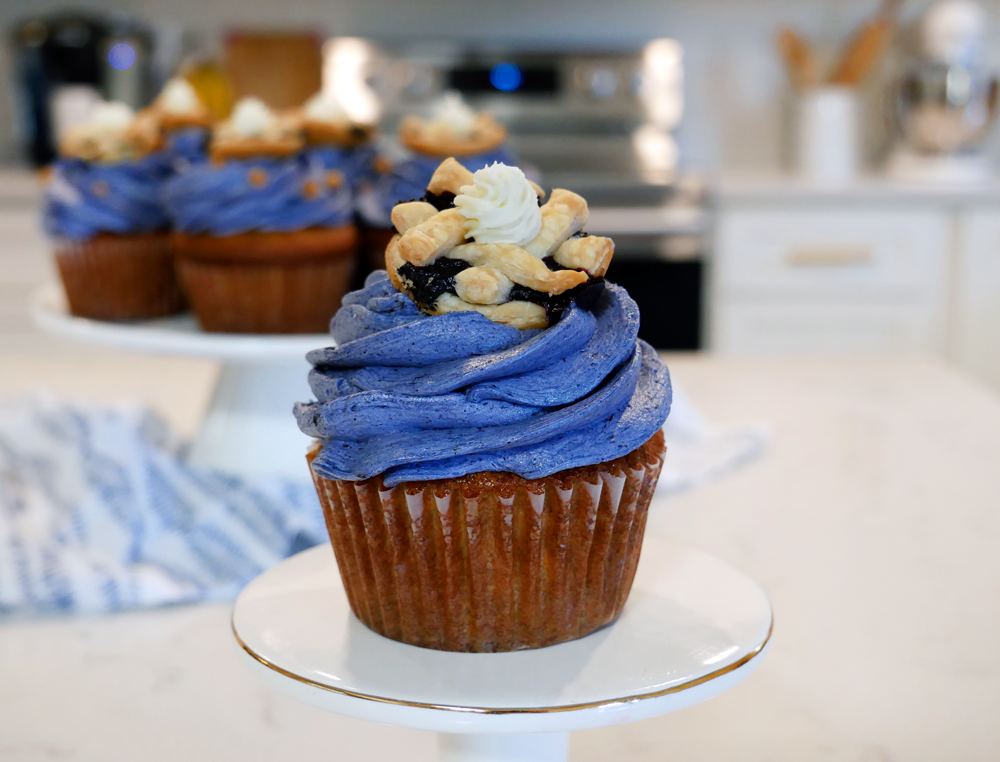 If you’re looking for more #cupcakeinspo, be sure to check out my Buttercream Flower Cupcakes Tutorial.

And, enter your email below to receive notification of my next blog post like this one. You don’t want to miss it! 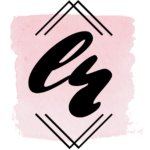 See my privacy policy for the full Amazon Affiliate disclosure. Profits earned from affiliate commissions help to keep this site running, so that I can continue to bring great content to awesome readers, like you! If you would like, you can still support by clicking through this link and making any other purchases you need. 🙂

Addicted to Pinterest, like me? Pin the image below to save this recipe for later or show it to your friends. After all, sharing is caring. 😉 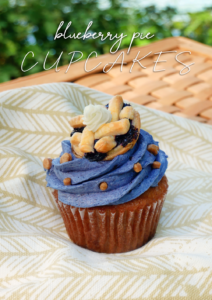 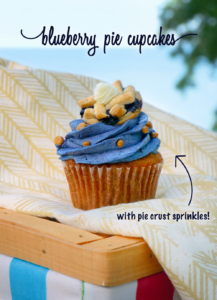 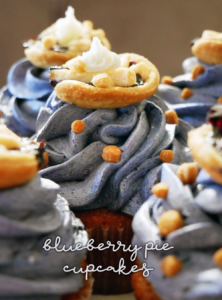 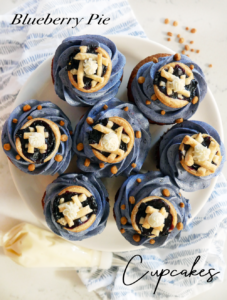 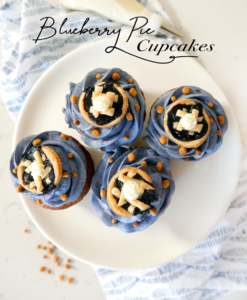 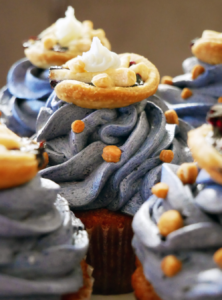 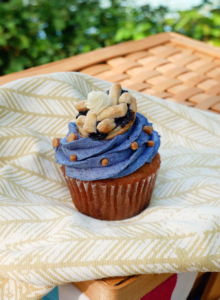 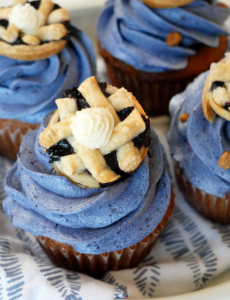